Dining on Asphalt Now Has It’s Own Name.

In cities and towns all over Colorado, the pandemic has launched a new and creative trend.

It’s called “street-tery” or in a clever wordplay combination of Street and Eat: Streatery.

Street side dining is nothing all too new at mainstays like The Old Capitol Grille & Smokehouse, Buffalo Rose or at Cloud favorite Cafe 13.

As featured on our cover, The Old Capitol Grill has safe sidewalk dining that is beautifully lined with flowers and a statue of Golden’s most famous brewer.

But even with street side fencing from the city and aid from the government, there has been no small amount of challenges for the Golden restaurant community.

According to Cafe 13 owner Jen Thoemke, “The biggest challenge that we’ve had is that it’s been much harder to return to normal than we had anticipated. We were not able to fully staff for the demand of summertime in Golden. Due to this, we had to limit our hours. The street side fencing has been a great addition for Cafe 13 because you can now see us from Washington Avenue.

Long before the pandemic, Cafe 13’s expansive and stunning deck has been the favorite to both locals and visitors from all over the country.

Buffalo Rose also has sidewalk dining and a remarkably innovative open air sky bar with a retractable roof that features food, beverages, an open fire pit, music most weekdays and during its ever-popular Sunday Brunch.

But with the summer season coming to an end, so is the street side fencing come late October.

Want to learn more about dining in Golden?

Every month we air The Cloud Dining Guide with Golden Living publisher Meg Smit. It’s a free service to our most trusted advertising partners.

Hope you can tune in soon!

96.9 the Cloud now reaches over 250,000 listeners every week with our soft rock format and community messages.

Coming soon, our expanded coverage into the Pearl Street Mall in Boulder, Colorado.

Thank you for your continued support! 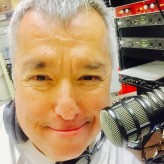